So Far for #SoCS: Stream of Consciousness…Sunday?

So far, it’s been not quite two months since Jim died.

So far, the kids and I are all right.

So far, I still don’t know how I’m going to get the roof, ceilings, and floors repaired.

So far, I haven’t quite managed to file the life insurance claim.

So far, I’ve done a little cooking, but not as much as I would like.

So far, there’s far more to be done than there is me to do it.

So far, I’ve started reclaiming my bedroom, but I’m still not quite in the habit of using my new workstation with the dual monitors, because I have such a long history of sitting on my bed with my laptop – which is just what I’m doing right now.

So far, I still haven’t quite wrapped my head around the reality of Jim’s death.

So far, I’m keeping things mostly together, even if the garbage didn’t get picked up last week because I didn’t get that bill paid in time.

So far, we’re making plans a few months ahead, and dreaming a bit further.

So far…to go, and so far from where we were a year ago, when we couldn’t see any of this coming, when Jim and I thought we’d grow old together, in some time that was still so far away.

This Stream of Consciousness Saturday post was brought to you by the prompt “so far.” Check out other posts, or submit your own! 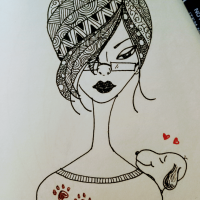