All Week Long for #SoCS and #weekendcoffeeshare

When it’s one thing after another, all week long, we’re looking at a bit of a jumbled up amalgam of Stream of Consciousness Saturday and #weekendcoffeeshare, because there’s not enough time or focus left in my day to do two separate posts, and tomorrow will come with another set of activities.

So, if we were having coffee now, I’d tell you that I’m fighting sleepiness on this Saturday night, after an extremely busy week…

Recently, my Accomplice and I decided to cash in two modest investments, because we have business plans, but they require reliable vehicles – and we all require food, shelter, and clothing adequate for the weather. Finances have been precarious for over a year, and we had some sales, but not enough to move ahead after a long time of gradually losing financial ground.

With the investment capital in liquid form, though – we can do just what it suggests, and invest in ourselves, and our future.

And that’s what a lot of this week has been about.

We’ve purchased two used cars considerably newer and more reliable than our eldery 1998 Subaru Legacy Wagon, which was on the verge of almost literally falling apart. Jim now has a 2007 Forester in the shop for some repairs, and I have a vety sweet 2005 Outback. Since my 1998 Outback died on a local highway a few months ago, I’ve been missing having the freedom of my own car. More, our son will be 16 in a week, which means he’ll be eligible to get his learner’s permit – something he’s been looking forward to since he was 11 – and learning which would have had to wait if we still had a car that wasn’t suitable for his practice.

Both cars are blue. My favorite – and his. Also, the perfect color to go with the eventual magnetic signs for Chef Bluebeard’s Flavor Enhancement Sauces that will grace them, at least on market and event days.

We also used some of our newly liberated funds to purchase a few items to move the business into the next level, and allow us to be better organized as we move between markets and events in the months to come. Additionally, we purchased a three year subscription for a hosted WP website, and, in the coming days and weeks, I’ll be setting up the basics, so that Chef Bluebeard has a new online home in plenty of time for the holiday shopping season.

It’s all very exciting – but that’s not all that happened this week….oh, no, it isn’t.

Wednesday was our twentieth wedding anniversary. We went out to a local oyster bar Jim’s been wanting to eat at since he was looking for work and applied there in the winter, while the place was still being set up. It wasn’t the best fit for him, but the decision was made mutually and without rancor, and the owner recognized him, and even offered us champagne on the house. We don’t enjoy it, but it was a lovely dinner – lots of perfectly prepared asparagus, oysters of several varieties on the half shell, and crème brule and carrot cake to share. 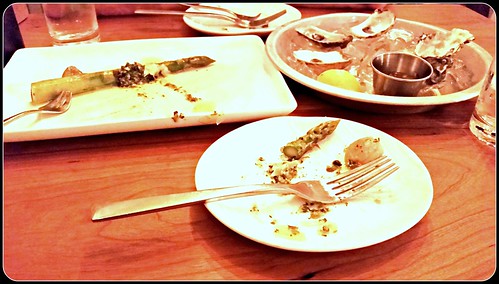 We had a wonderful evening with a bit of walking to and from, and then, because we are parents and have other people to feed besides ourselves, we went grocery shopping on our way home.
It was a perfect day – and we’ll hang on to that for a while, even if the aftermath got a bit crazy…

Sometime in the night, Jim started having abdominal pain that intensified into a sharp lance when he breathed deeply or moved the wrong way. He thought he might have pulled a muscle while doing some sink de-clogging the day before, but then the pain intensified, and we decided a trip to the emergency room to find there was nothing really wrong, rather than risk a ruptured appendix or worse. 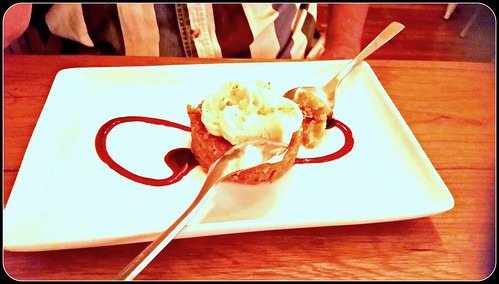 Turns out, after 5 hours, bloodwork, urine test, and an ultrasound, that his gall bladder has some “sludge” in it, and didn’t like the rich dinner as much as our taste buds did. He’s also got a bit of a fatty liver, so an MRI will soon be scheduled to be sure there’s nothing more serious going on there. He’ll need to be more conscious of his diet to avoid further aggravating his contentious gall bladder, too.

And now it’s Saturday, and our first weekend market is done. We have another tomorrow morning, and then another on Monday evening, before we get back to another four “rest” days (unless we decide to attempt to fit in a Thursday evening market several of our vending friends recommend). 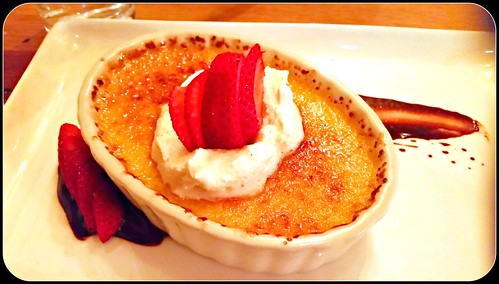 If we were having coffee, I’d apologize if I bored or exhausted you with our week full of living, and for yawning so many times during the retelling of it.

Now, it’s your turn. What have you been up to this week? What do you have planned for the week ahead? Anything momentous, silly, or just part of your beloved routine?

Get another cup of #weekendcoffeeshare!

Float down the Stream of Consciousness Saturday!