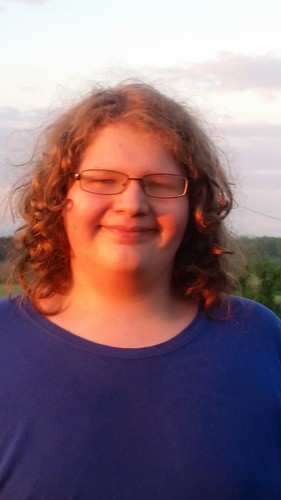 You see, my Accomplice is starting a business, I am engaged in goals around that, my writing (it’s July #CampNaNoWriMo, and I’m writing a book without a plot for the first time in a few years, so the writing feels more…vivid than it has of late), and learning about marketing, platform and design. More, my daughter became a teenager a week ago, and my son will be going on a camping trip out of state with friends. He’s visited out of state friends before, but never for camping.

My kids are growing up, and their parents’ horizons are expanding too. For all of us, this is a time of exciting change and shifting. They are becoming adults. Jeremiah will be 16 in early September. He’s been studying the driver’s manual and the state licensing laws already, because he’s a practical, safety-minded person who also happens to love doing research on things that interest him.

We’re at that point where many families are dealing with “teenage rebellion.” As a matter of fact, I was told be a family member, back when the kids were 8 and 5, that “all teenagers rebel, even if only a little.” Because we don’t impose rules on our kids, and haven’t since they were 7 and 4, I was assured their teenage years were going to be disastrous.

And they certainly could be. I wasn’t a very nice mother, before I made a conscious, and very difficult to enact, decision that I needed to become a kinder, gentler, more respectful version of myself.

My kids, shortly after this change, referred to my former self as “Mean Mommy.” As in, “Back when you were a Mean Mommy.”

That hurt, to hear them say it. It still hurts that it was true, even though it’s been years since I lived up to that title.

But that’s a litlte off topic. I wanted to say, that if I had gone on down that Mean Mommy path I was on, I would almost certainly be in big trouble right about now. I’ve spawned a fifteen year old who is about 6’3” tall – and burly about the chest and shoulders, like his father – only bigger.

If I had made myself his enemy, way back then when he was still much smaller than me, I might be in very deep trouble now. Instead, I have an almost-a-man son with whom a maintain a close and connected relationship, even as he stretches toward independence. We don’t just tolerate one another, or have a state of truce.

We enjoy one another’s company. We take long walks together, where he shares his thoughts, and, sometimes, asks me for advice or opinions on his plans for the future. He’s recently discovered an interest in in local history, and we’ve visited several significant sites together.

I know that if I need to tell him I disagree or have serious plans about something he wants to do, that he’ll consider my opinion – because I’ve earned his trust and his respect.

As I said above, it wasn’t an easy change. The life I had as a child offers little in the way of positive examples, beyond that my parents did foster a sense of curiosity and a desire for learning, and they could be goofy and loving.

But the reality includes the shadow of abuse. Physical violence, screaming and shouting, inconsistent and sometimes harsh punishment, emotional manipulation and abandonment, and intentional, systemic humiliation were all a part of my childhood, and, at one point, I was very close to bequeathing them to my own children as their birthright.

I didn’t decide one day to change the entire way I raised my children, and then do it. The process of deciding took nearly a year. That was followed by a great deal of research and learning.

At first, I had to be mindful every moment – every thought, gesture, and word. I made a tremendous number of mistakes and missteps. I relapsed more than once, falling back on those old patterns I’d known since I was a small child.

If I hadn’t practiced mindfulness, I wouldn’t be here, wouldn’t be the mother of two teensI know I can guide without controlling. Whose judgment I trust, within the parameters of the maturity they’ve attained.

When I think about the way life might have been, I’m profoundly thankful that I chose mindfulness instead.

The post is a joint venture of Stream of Consciousness Saturday, hosted by Linda G.Hill, and the #weekendcoffeeshare, back at its original home at Part-Time Monster Blog.