The Poetry of Creation: #WeWriWa #8Sunday 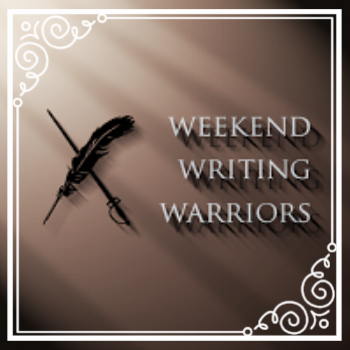 It’s the weekly hop for everyone who loves to write! We’ve got a variety of genres and talented writers just waiting for you to come sample their wordy wares. Come read one, or all!

I’m in the midst of CampNaNoWriMo, drafting the seventh WIP in my Kifo Island modern fantasy series, so I’m just going to dive right into today’s snippet. I’m sure the writers among you will understand; to the rest of my readers, I’m sorry if I offend – there are worlds moving in my head, and I need to get them out on the screen.

“Monday Morning Coffee” has been with me since I was sixteen. A local boy with schizophrenia wandered away from his family at a large outdoor event. Several days later, he was found, deceased.

From that story came this one – the connection might not be clear to anyone but me – but it’s there.

Rose has offered Jeremy an explanation for offering him money, and their hands have made contact as he accepts it.

The Poetry of Creation

But then the 6:45 whistles, and I jump, the cogs turning again. I’ll have to go no later than the 7:01, or I’ll be late. His fingers slip away, back to the poetry of creation, in a form of ballet. They’re almost too fast to follow, as the twenty dollar bill I gave him disappears into the paper with a magician’s flourish. He’s back to the folding almost before I realize that he paused.

The train pulls away; I watch the cogs go on without me.

“You’ve missed your train.” Keen eyes study me; was this the huddled wretch I’d first seen? Had he ever been, or was that only what I perceived?

What is Jeremy doing with that newspaper?
Will Rose and Jeremy touch again?
What are you busy with these days?

“Monday Morning Coffee” was originally published in the 2015 edition of World Unknown Review,  edited by L.S. Engler.  Since I retain all rights beyond first publication, I intend to revise the story and add it to my backlist.