To What Do I Owe the Pressure? #weekendcoffeeshare and #SoCS

If we were having coffee, I’d tell you that I’m looking at my caffeine intake as a little bit more than just enjoyable, this week. You see, on Thursday night, I had a migraine – one of the worst I’ve had in the last few years. Caffeine tends to help, but this one was stubborn and nauseating, and no fun in all kinds of ways (it’s hard to find the fun when breathing makes your head throb with such sick fierceness, you’re sure you really wouldn’t mind if it went ahead and imploded, because at least then the pressure would be off…)

If we were having coffee, I’d realize by now that that’s not the best way to greet you while you’re standing on my blistering and chaotic enclosed porch, and I’d belatedly stop holding the door open, usher you into air-conditioned comfort, and ask you where you wanted to sit. I’d also apologize for being low on anything you might want to sweeten your beverage with – my Accomplice will be re=provisioning us when he gets home from working in a broiling kitchen. It’ll probably be a tremendous relief for him to wander the air-conditioned store aisles.

If we were having coffee, I’d tell you that the headache didn’t exactly go away, but it’s been no more intense that moderately annoying and uncomfortable, so there’s that.

There was also inspiration in the midst of the pain. 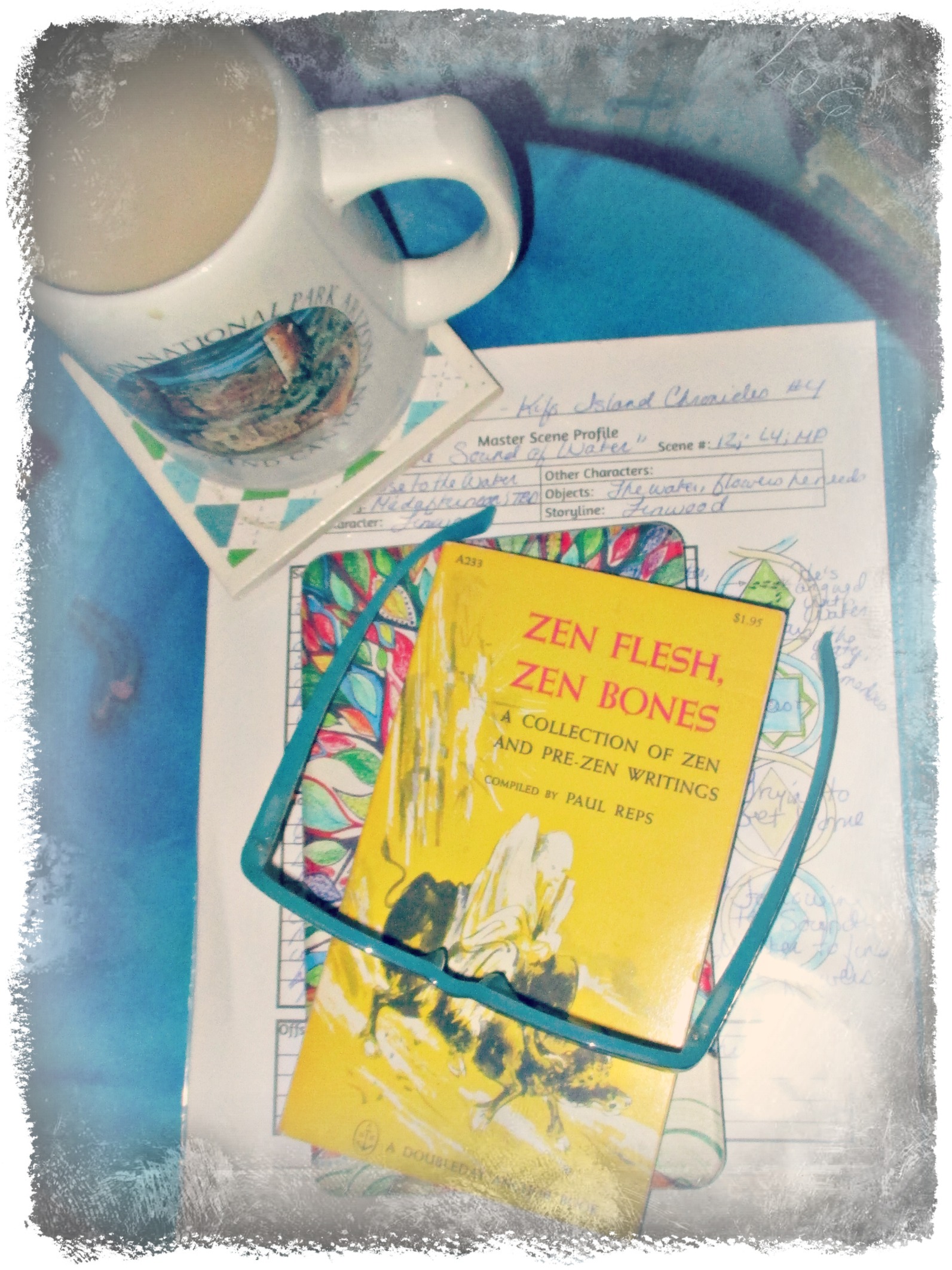 If we were having coffee, I’d share how I realized that I was imposing arbitrary pressure upon myself, because I had a preconceived notion of how I was going to achieve my novel-length writing goals.

I am letting go of that, and finding new ways to look at and move forward with less stress and more acceptance of my humanity and limitations. It feels good!

If we were having coffee, I’d notice that you’re looking a little confused. Maybe I wasn’t as clear as I could be. It’s like this:

If we were having coffee, I’d grin and tell you how happy I am that I realized it was all too much, and too rigid.

Now, I’ll be counting the words I need to finish ART as part of my JuNoWriMo 50K word count. That means I can be moving forward with the goal, and with the planning and plotting, without driving myself into further migraines, or even grumpiness. If I plan on having the plotting done right around the time I finish the current draft; I can start writing that one within a day or two of finishing ART (I do need a bit of a breather to reset between drafting projects. Then, once I’ve settled into The Far Shore, which I’ve slated as my June project, I can start the character work for Tsunamis.

If we were having coffee, I’d tell you that I still expect to finish three novel drafts by the end of July, but that this feels like a much saner way to do it. I’d exhale deeply and fully, take a good clean breath, and ask you what you’re working on, and if you’ve ever let self-imposed deadlines make you as crazy as this one made me!

If we were having coffee, I’d remind you to check out the other wonderful #weekendcoffeeshare posts at the hashtag, or by visiting Diana at Part-Time Monster. I’d also say that this post is part of #SoCS (Stream-of-Consciousness Saturday). The prompt was “press” as a word or part of one. You can find the rules here, and other posts at Linda G.Hill’s blog.

If we were having coffee, I’d walk you out to your car now that the heat of the day is easing a little. I’d point out the lovely rhododendrons, and promise to have sweetening supplies the next time you pop by! Until then, some musical sweetness to cap off your visit…