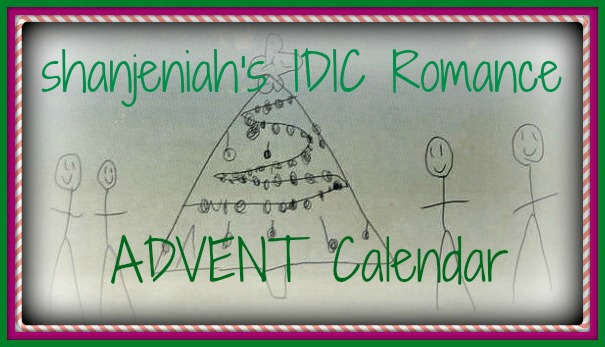 Wow! Only three days left to the year, and to this little Advent calendar of mine! I hope your 2015 was filled with love, laughter, sharing, and so much joy that it flows out from you and embraces others. I hope that The IDIC Romance was maybe a tiny spark of that joy for you, because it certainly has been for me! Over the last few days, T’Pol’s been in my head almost constantly, and she’s been sharing more pieces of her life, demanding that I tell those stories, too…

Which means that she and Trip are likely to be a big part of my joy, in the year to come.

Today, I offer you another rough and imperfect little stone; the seed of a story yet to be germinated, but which is readying itself in my mind.

At the end of today’s story, you’ll find two brand-new paragraphs of Pregnant Pause, courtesy of Erin Zarro and Fallon Brown, our resident supernovae of comments and encouragement.

And now, to the calendar…..we lift the tab… and find… a light-hearted moment in the Captain’s Mess. 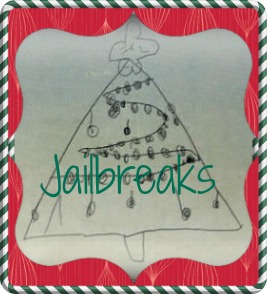 “So then they took the ginger candies, and none of them wanted the others to have the advantage, so they started fighting over them before we even got to the shuttlepod.” Trip was grinning as his fingers stretched across the table to brush the backs of T’Pol’s.

“Although they planned to capture us once again, we were able, with Trip’s piloting and the effects of the ginger in their systems, to evade them.” She didn’t smile, of course, not exactly, but her face – lightened. And her fingers danced over Trip’s in a way that might have shocked Jon, a few months ago…

“Trip is a gentleman.” She didn’t elaborate.

“Part of being one is taking care of damsels in distress. Maybe especially when she’s in distress because he got her pregnant…so I’ve gotten into the habit of keeping some extra candies in my pockets, so I’ll always have one, when she needs it.”

Jon smiled at the thought that Trip carried candy for T’Pol – but, remembering how sick pregnancy had made her before they discovered that ginger helped, he decided it was probably necessary. “Listen, there’s something I’ve been wanting to ask you both for a long time now.”

T’Pol scootched up closer to Trip, and he put an arm around her. “Shoot, Cap’n.” Jon wondered whether he was ever going to get past that little stab of jealousy that she’d never wanted him this way.

“Well, you two are remarkably good at jailbreaks. So, I’ve been wondering. Way back on Rigel 10, when we were looking for Klaang, and you two were put in that Suliban cell…why didn’t you break out? It wasn’t that complicated looking.”

“Well, uh…that is…” Trip stumbled out half-sentences, and he was getting pinker by the second.

“We were distracted.” T’Pol was turning a lovely burnished copper, but she spoke clearly, and looked directly at Jon.

“There’s no harm in sharing it now, t’hy’la. Captain, Trip was distracted by the need to take repeated evasive action.”

She lifted her chin, and there was something proud in her eyes- proud, and a little dangerous. “I’m – most persistent, when I’m aroused, Captain. Nor am I wholly in control -”

Trip snorted. “Now that’s an understatement and a half. I had bruises for a week – but I didn’t mind at all.”

Now it was Jon who was embarrassed, as they seemed to forget him entirely, in the midst of a passionate kiss.

Will Jon end up really sorry he asked?

Will the ‘ginger candy bandits’ make another appearance?

Drop me a comment, and I’ll add a paragraph. The more comments, the more paragraphs I add. So go ahead – give me something to keep me busy!

And, as promised, here’s two more paragraphs of Pregnant Pause:

Context: Trip’s terror that a very sick T’Pol is dying has just been eased – by Phlox diagnosing her pregnancy – for twins!

“Twins?” T’Pol’s voice was a harsh rasp in her throat; her control was decidedly uncertain. “Vulcans conceive twins so rarely that the probability approaches zero.” Her stomach lurched and contracted yet again, and she swallowed; the pain nearly made it impossible.

Trip grinned at her. “Well, yeah, that would have to be that pesky human influence of mine. Fraternal twins run in my family. Both of my parents have twins; my brother has twins, too.” Her stomach revolted, and T’Pol was grateful for the basin Trip had ready, and more for the cool cloth he pressed to her face when she finished. “I guess it’s a hell of a way to say, ‘Welcome to the family’. I’m sorry, pepperpot – and, I’m not, too. Two babies with you suits me just fine.”