More Than Enough for Mindful Monday 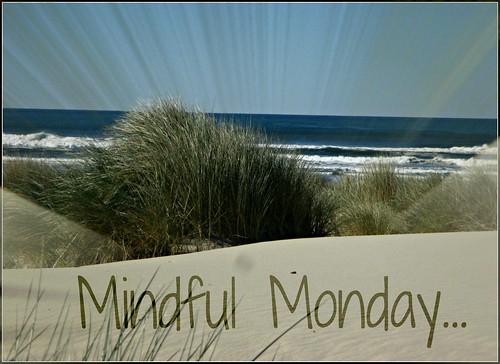 How much is enough?

I asked that question the last time I posted this feature, way back on October 27 (has it really been that long?!). I thought then that I would be able to post here every other week, maybe plumping things up with a reblog or two, or combining it with Coffee and Conversation.

Well, that didn’t happen. Not the bi-weekly posting, as a stand-alone or in combination with another post. Nope, no reblogs, either.

Well, I was pulled into a whirlwind of writing and life. At the end of October, we were still dealing with a family-related issue. The children and I were preparing for a  Halloween trip to visit friends in Central New Jersey. I was gearing up for NaNoWriMo: Sea Changes, the third (but chronologically first) of my Kifo Island Chronicles novels, was only an open-ended plan waiting to be birthed into a rough draft.

Sometimes, being mindful means being absent.

I know, I know. It sounds more than a little oxymoronic, but there it is. In order to give myself to my writing, and to my beloveds and the life we share together, I needed to let some things go.

I chose to  focus on the creative, light, and upbeat. There was something soothing in that, since the family issue raised strong emotions, and the novel dealt with intensely emotional and maybe polarizing topics.

Now the issue has been resolved in our favor, and my emotions are calming into new convictions and a preparation for action. I’ve finished the drafting, and won’t begin editing until January, so that the story can simmer.

And I’m back, a little sad to have been away so long, but also happy that I can return from a mindful, fertile, reflectively restful place. Because when I try to take on too many things, all at once, I end up feeling like Kaivaara does, in this excerpt I just discovered while rereading my Trueborn Weft Series fantasy novel-in-progress, Foul Deeds Will Rise:

“Do you remember my ciphers, Shentaa?” The inner Huntress vanished, as Kaivaara assumed her outer form, rising to walk to a place where two large trees arched down to form something of an entrance, and, within, there were stonework benches for sitting, and a still small reflecting pool made of the same blue stone as that which formed the walk. Now, it gave back the image of Everdeep filled with its blazing gems.

“I remember them, Kaivaara. They brought you comfort, it seemed, in a time when there was little enough of that to offer.”

“I used them, to find the balance in my life, Shentaa. But, in this life, among these people, there are far too many variables. Each time I settle one, it multiplies exponentially.”

“I’m sorry, Kaivaara – I have not the understanding of that -“

“It means that for each problem for which I Hunt an answer, and take my prey, there will be perhaps a hand more presented, and I must Hunt anew – but when I take those answers, there is a fourhand of difficulties – and then on, and on, and on – mayhap there will never be an ending to it.”

Shentaa laughed, and the Trueborn started, just as she always did – she had not a clear grasp of humor, mayhap because of her childhood of silence. “Ah, Kaivaara – you have discovered the nature of being grown. Ever it is so, for all of us.”

“There is the Endhunt. Before that, none that I know.”

“Then how do I go on, when all I do continues to set me further behind?”

“You do what you are able, and leave the rest as though it were naught but a reflection in that pool.”

I think Shentaa gives good advice. Maybe, as often happens, I was really giving myself advice, when I wrote that passage…

And that’s one reason why, sometimes, I disappear a little from this blog. Sometimes, the things I most need to be mindful of are revealed to me in my fiction…where my subconscious mind often comes out to play hide-and-seek with me.

Are there things you need to let go of, when you seek to grow more mindful?

Do you have any hobbies or passions that clue you in to your own inner life?

I’d love to hear more about