#onegodcup After Another: Mindful Monday, on Thursday 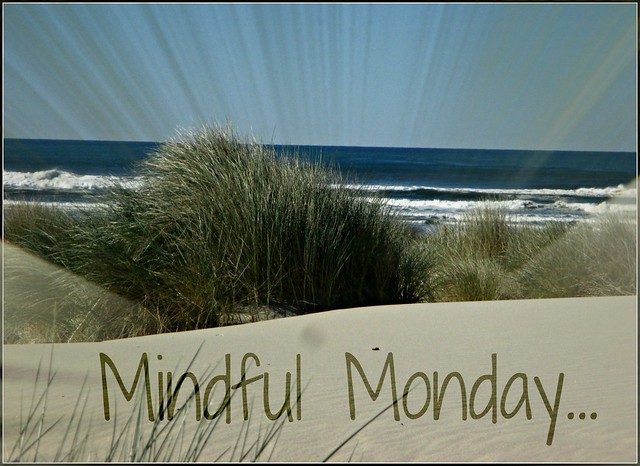 Welcome to another later than intended Mindful Monday post…I was busily writing, and living, and so I’m late…but not quite as late as last week!

I’ve been having #onegoodcup every morning since May 23, thanks to Amy Kennedy and her wonderful idea.

I’ve gradually evolved a routine that centers on this simple cup of coffee, enjoyed while I wake up and immerse myself in my day. As part of that routine, I write in my #onegoodcup journal – a lined journal with a sprinkling of inspirational art and quotes. This has become an integral part of my routine, and eases me into a centered and peaceful frame of mind from which I can start the more active parts of my day.

I seldom have a preconceived notion of what’s going to land in this journal. I just write what’s top of mind, when I pick up the pen, and go until I’m done. I learned, before our first child was born, that doing this can lead me in directions and into depths that I never thought of on a conscious level. Connections are made, for me, most often, through writing.

Two weeks ago, I wrote this (excerpted as it appeared in my #onegoodcup journal):

Five years ago today, I made the decision to estrange myself from my parents, and, to a large extent, my sister, as well.

I won’t lie and say there haven’t been times of sorrow and regret, since –

I’d prefer to have peaceful coexistence, and healthy connection.

But that would require effort and intent to improve on both sides – and I can’t create an interest in improvement or change in those who prefer an unhealthy status quo which allows them to perpetrate manipulative and dominating dynamics.

I look around me, at the life I’m living today, and I know it was the right choice.

I was giving so much energy to those relationships, for so little return.

I was trying to be all the things that were lacking in other people’s lives, to fill their voids and meet their needs…

I was making myself responsible for their happiness, and blaming myself because they weren’t.

All of this was especially true in my relationship with my mother (and, to a lesser degree, my sister –

I was raised to put her emotional state above my own. A lifetime of conditioning can be a powerful force to overcome – or even recognize.

I had no idea how much energy I was sinking into ‘being a good daughter’ , a bright spot in her life, until an ambush brought me to a point of realization.

When I stepped away that day, five years ago, and walked home, I was followed by derisive laughter from people I thought, up to that point, wanted the best for me.

But, for the first time, I wasn’t running away from the conflict, or waiting for it to boil over.

I was stepping forward into my own life. A life I claimed. The positive, and the not-so-much. The joys, and the sorrows. The glorious successes, and the staggering defeats. My hopes and dreams, goals, ambitions, struggles, and falling down.

My life…this Lovely Chaos of my existence.

I’ve done some amazing things, learned more than I ever imagined I could, filled up with delight, cried genuine tears, laughed so hard it hurt –

And while I regret that the people I walked away from, that day, seem to still be enmeshed in the same pain, the same struggles, the same chains, there’s some things I don’t regret.

I don’t regret stepping away, releasing them to their own living.

I don’t regret taking those first tentative steps into my own life, untethered by those bonds.

By doing that, by claiming my right to my life, I’ve created a life that sustains, fulfills, gratifies, connects, deepens, grows –

This writing, and the insight it contains, however messily, was significant to me. The incident that ultimately precipitated my estrangement from my family members wasn’t an isolated one. It was simply the point in a lifelong pattern of behavior where I knew, beyond all doubt, that I was finished – I couldn’t interact in that way any more, and it was clear that the other parties had no intention of changing – they were comfortable with that way of relating, and saw nothing amiss in it.

In that writing, there was a reminder to myself – a reminder that served me well, a few days later, when an unexpected interaction happened. I chose not to engage , to put my energy into more peaceful and productive pursuits, and, more, not to get swept away in what was over in less than three seconds…

I’ve discovered a great deal about myself, and how I want to live my life, by journaling, and during my #onegoodcup each day. I hadn’t expected to learn things that I could use in my approach to others –

Maybe there’s another benefit in mindfulness than simply knowing ourselves. Maybe, in knowing ourselves, we gain the strength and confidence to know when we can’t find a mutually equitable space in a relationship, and when all involved are best served by someone choosing to simply, lovingly, and peacefully walk away.