Welcome to WIPpet Wednesday, a weekly blog hop which encourages writers to move WIPs (works-in-progress) to publication by posting excerpts related to the date. It’s hosted by the lovely K.L. Schwengel, maven of bad boys, stock dogs, and flying monkeys!

I’m sharing a snippet from The IDIC Romance, my Story A Day May Challenge project. This is a Star Trek: Enterprise fan fiction, exploring the interspecies relationship of T’Pol and Trip.

Disclaimers: T’Pol, Trip, and all the rest of Star Trek are property of CBS/Paramount; no copyright infringement intended. I just want to play with them, and I’m careful!

This story is an add-on scene for the pilot episode: “Broken Bow Part 1”. I‘ve done my best to extrapolate without violating series canon. T’Pol has just told Trip that there are ‘extenuating cicumstances’ that may affect her ability to accept his proposition…now he wants to know what they are, and he thinks he has an idea…

A possibility exploded in my head with the force of a warp core breach.”Oh, damn – you’re married, aren’t you?” T’Pol’s hand hovered there, fingers trembling. Her staring face was pale and shocked. “Aww, hell. I got that just right, didn’t I? Course you are – who could resist someone so beautiful, smart, strong, and downright sexy?”

“I’m not married.” Her voice only shook a little. Maybe she was telling the truth the way all Vulcans insisted they always did – but then why did she still look like I did when I was fourteen, after my first time, out in the orange groves, when Lizzie spied on us and teased me about it for almost a year? I decided I was gonna find the answer to that little riddle. After all, I wouldn’t be much of an engineer if I didn’t, now would I? I grinned, and, as the old saying went, let her have both barrels of the infamous Tucker charm…

“Not married, eh? So there’s no Mr. T’Pol in the picture?”” She looked away again – to hide, I guessed, but from what? Being unattached, and what that meant for whatever this was boiling over between us? My accusing her of being married and not telling me? Those things she wasn’t supposed to feel or act on, but wasn’t sure she wanted to control? Something else I couldn’t even guess at?

Did I really have any business knowing, or the right to ask about her personal life?

I took advantage of her turned head, and echoed her little back-of-the-fingers-along-the-jaw caress. She gasped and shuddered, and her pulse beat fast and hard under my passing fingers, reminding me of the way her heart had felt when she was straddling me. Oh, yes, gorgeous – you want this as much as I do. So what’s getting in your way?

When I took my fingers away, T’Pol started to lean toward them, then caught herself and shook her head, like she was denying her own impulses.

“Are you – ?” She swallowed, hard, interrupting herself, and starting at me with those huge dilated eyes while she worked up the nerve to finish her question, “Pair-bonded?” Her voice sounded utterly neutral, but she quivered like a grappler cable at maximum tolerance. She might pretend she didn’t, but Miss T’Pol, the most eligible Vulcan bachelorette in this entire cell, cared about my marital status, too. And, whatever her ‘extenuating circumstances’ were, even if it was the whole damned Vulcan High Command with Starfleet piled on top like a cherry – knowing that made me a little giddy… or maybe it was her perfume, which had gotten so far into my head I didn’t think I’d ever forget her scent.

“We’ve certainly gone about this a bit ass-backwards, haven’t we?” I laughed at her expression, and decided I wasn’t going to tell her what it meant unless she asked. “Nope, the only Mrs. Tucker in my life is my mama. I thought there might be one, once – you saw her that night at Fusion, just before you ran out. Her name’s Natalie, and maybe she still thinks it could happen, but I-”

She suddenly spun around, tipping her head. I could almost feel Subcommander T’Pol of the Vulcan High Command come back full force. She stiffened her spine and strode across the room again, getting as close to that force field as she could without actually touching it.

No point explaining about Natalie when she wasn’t even listening – or at least, not to me. If T’Pol was hearing something else, I wanted to know what it was. I strained – but I couldn’t hear anything unusual. Then I remembered what she’d said about the evolutionary reasons for those deliciously pointed ears of hers, and how she’d heard me, even when I couldn’t even hear myself, from across the room…

I came up behind her, trying to ignore the way her lingering quiver shivered through my body, too. “What is it -?” I kept my own voice softer than a whisper, but I stopped when she only lifted a hand. I stood there, trying not to give in to the powerful temptation to pull her hot taut body close while I waited to see if she was going to clue me in.

What does T’Pol hear? Will Trip ever find out? What about those unspoken ‘extenuating circumstances?

Come back next week to learn more! 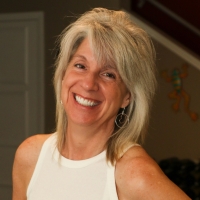