“If you can read this, thank a teacher.”

I’ve seen this phrase, many times – mostly on bumper stickers, but sometimes on pro-public education advertising. On the surface, it’s a pleasant enough sentiment.

On closer examination though, I find the phrase to be presumptive, and sometimes erroneous. It implies that, without teachers, no one would be able to read; that reading has to be taught. There’s certainly a tendency to think so, if the abundance of reading programs and materials that saturate the learning market. Teaching kids to read is big, big business…

But, in my house, there are simply four people who read. Oh, and a few thousand books, and magazines, and four Kindles, and a wireless Internet connection. We breath in words, and breathe out ideas.

Two out of four of us learned to read without being taught. As I wrote yesterday, I was four when I learned. My daughter was eight when she could read independently. If she had attended school, she would very likely have been labeled as a slow reader, and, despite having a spoken vocabulary that rivals many adults’, she would have almost certainly have received the message that there was something wrong with her, that she was behind. She wanted to read, and her confidence might well have been seriously trampled.

At yet, at age ten and a half , she’s an accomplished reader, and often comes to read over my shoulder, or with her brother, on her own, to a friend, and all on a par with her spoken fluency. She didn’t need a reading program, or extra help. What she needed was an environment rich in language, stimulating experiences, many options for learning, people who could read, and were willing to read with her, and answer her questions. She needed to go places and see words written, in many languages, and in many ways. She needed to play with language and images and her own imagination… 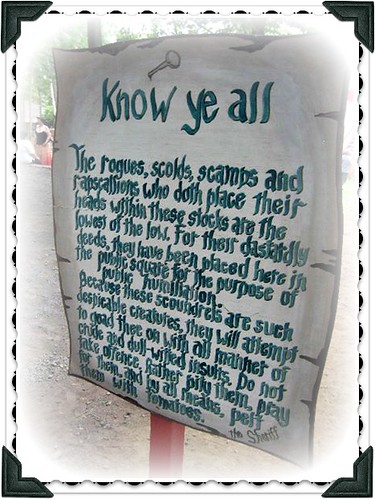 But, mostly, she needed time, space, and freedom. Time to explore and to figure out, and for her brain and eyes to be ready for this intricate process. Space to read in, and freedom to make her own choices about how and when and where to read.

My Accomplice doesn’t remember when he learned, so we assume he learned in school.

I myself attempted to teach my son how to read. He was five, and thisclose, and, at the time, I was more tense in our homschooling journey than I am today. I could see that he just needed to gain confidence – but why I thought that I could help him gain it by insisting, and getting frustrated, and not stopping when he was driven to tears, I don’t know, anymore. But it didn’t help our relationship, and it didn’t help him learn to read, either. Eventually, at around six, he went on a reading strike, and he refused to read or try for a few months.

I decided to let it ride, and just waited. We did other things, and read to him when he wanted. 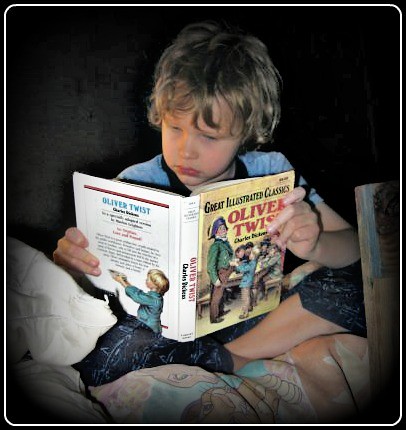 A few months later, he was sitting on the couch, reading a Magic Tree House book as though he’d been doing it his whole life. By the time he was eight, he’d read many Great Illustrated Classics, many science books, The Chronicles of Narnia, and the first five Harry Potter books.

In school, I was not allowed to learn to read until I was in first grade, when I was six. By then, I had been reading independently for two years. I’d read Black Beauty and Heidi, among others. In class, we were ‘learning’ to read Dick and Jane books. I felt trapped during reading class, because I couldn’t read at my own level, but had to remain within the confines set forth – by my teachers. That may not have been the intention, of the teachers or the school board – but it was my reality.

I’m sure that there are teachers who do help children learn to read. I’ve had teachers who inspired me in many ways. Learning to read just doesn’t happen to be one of those things for me.

I think it’s better to deal with fact than rhetoric and assumptions. People learn to read in a variety of ways, at a variety of ages, and for a variety of reasons. I think recognizing and supporting that would be a more realistic way of looking at it. Free the teachers to do what they do in a way that accepts this, and know that there are those who learn in other ways, too.

It doesn’t matter, to the people in this house, how we learned…it just matters that we can, and do.

How did you learn to read? Do you have a favorite memory of those days? Something that made you nervous or afraid? What was your favorite childhood book? 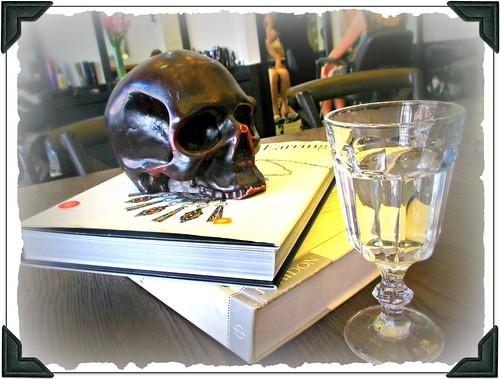