Coffee and Conversation: Of glassmaking and fairy tales and the beginning of story

Grab a cuppa and a comfy seat, and let’s chat a while! It’s time for Coffee and Conversation!

I wanted to know what those lives were, and to share my own..and today, that means welcoming author Ruth Nestvold, who is going to share how her Venice vacation with her daughter led to a novella…let’s all settle in and give Ruth our attention, while she spins us a tale… 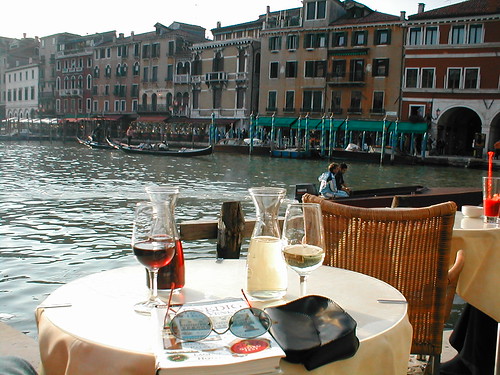 Today I’m going to reveal a little bit about how my upcoming YA fantasy novella, Island of Glass, started to come together in my writer brain. I first began to conceive of the idea for Island of Glass on a trip to Venice with my daughter. We stayed on Murano and visited the Museum of Glass there, and I learned about how the glassmakers were forbidden to leave the islands for fear that they would reveal trade secrets. 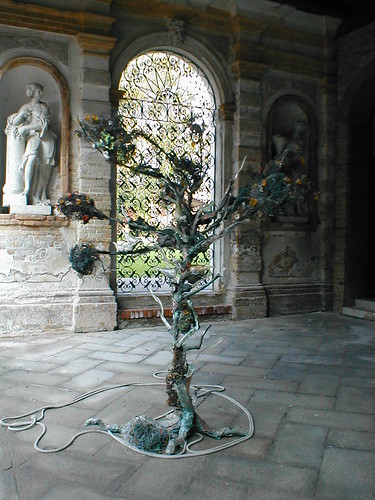 Glass Museum on Murano Being a writer, that immediately struck me as a perfect setting for a story. I didn’t start it right away, though — I jotted it down in one of the spiral notebooks I use for collecting ideas. My physical notebooks are like a storage space for my subconscious. The ideas get noted there and stashed away where they can ferment for a while. Often when I pull them out again, my brain has made connections with some of the other ideas I’ve stashed away. And then something that almost feels like magic starts happening: ideas fall into place, plot threads start to take shape, characters start coming to life.

For the story set on Murano among glassmakers, it was the glass itself that provided the connection to the fairy tale. As I played with ideas, writing down everything that occurred to me, one of the ideas that went into my notebook was “glass slippers.”

Now this definitely had potential. Since I already knew my protagonist would be a young woman who’d had to fight convention to become a master glassmaker, glass slippers could take on a completely new meaning in my story. What if the glassmaker had to create glass slippers for a prince for some reason? In bygone eras, men wore some pretty fancy shoes:

Then I just had to figure out why she would be making shoes of glass for a prince. Of course, it would have to have something to do with the prohibition against glass makers leaving the islands of Venice! She would be attempting appease the prince in favor of a family member or loved one.

A young glassmaker, glass evening slippers for a prince and motifs from Cinderella provided me with most of what I needed to dive into the story. The final thing was the magic system and the rules of the world. For that, I borrowed from myself. Before starting the first incarnation of Island of Glass, I had written a short story set in a world in which magic had been “set free” — alchemists had discovered the principle of transmutation and could turn lead to gold. (That story, “To Act the Witch,” is available in my short story collection Dragon Time.) It occurred to me that such a world would make a great setting for a story revolving around glass, since if gold was no longer as valuable, glass would be even more so. It’s a kind of fantasy alternate history in which alchemy triumphed instead of chemistry, leading to the Age of Magic instead of the Age of Reason. 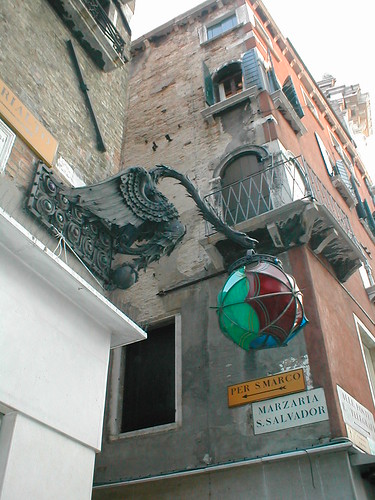 Thus, the “historical” background is the 17th Century – but of course it is a 17th Century that never existed, except in my imagination. Nonetheless, I have included a number of details from the historic Venice of the time in my world building. The background of the glassmakers on Murano and the Jewish Ghetto in Cannaregio are all based on history, as is the Council of Ten and other details and places. Venice was never officially an empire, however; it was always a republic. That and the power of the princes who no longer elect Doges are part of my fictional world building. 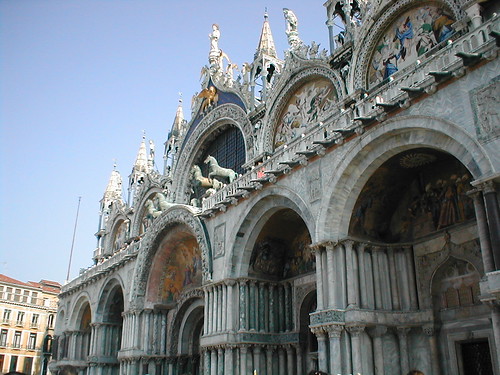 I also did a lot of research on the history of glass and glassmaking techniques, and it became increasingly obvious to me that glass was not only my subject, it was a wonderful for magic and alchemy and the power of transformation, since glassmakers are capable of turning rocks into works of art. While working on Island of Glass, I collected a number of links regarding the history of Venice and glassmaking on a Pinterest page. If you’re interested in investigating the background, you can visit the page here.

http://www.amazon.com/Island-Glass-Glassmakers-Book-1-ebook/dp/B00NVGGSL0/ Island of Glass (Book I of The Glassmakers Trilogy)

Seventeen-year-old Chiara Dragoni is a master glassmaker of Venice, a position that is both a privilege and a trap. For the glassmakers of Murano are forbidden to ever leave the islands of the Venetian lagoon.

When Chiara’s uncle is caught on the mainland and thrown into the dungeon of the Doge’s Palace, she must use all her talents, including magic, to help free him. But the gift she creates for the prince of Venice has unintended consequences, and now Chiara must decide whether to give up everything – and everyone – she knows and loves in order to save her dream.

Island of Glass will be published on Oct. 28. Now available for pre-order at a special introductory price of only 99c!

Find Ruth Nestvold on the Internet:

Ruth, that was lovely! Here, have a cuppa and a treat, and rest a bit. Here’s a fun coincidence – while we were working out the final details of this post, PBS aired an episode of their series How We Got to Now that recounted the history and scientific significance of glass, and Murano was featured. You – and everybody else – can find it here.

Ready to read? I know I am!