Coffee and Conversation: Our First Monday Walk with Jo!

Have you taken any interesting walks lately?

Recently, I was introduced to a delightful blog feature, Jo’s Monday Walk, over at Restless Jo. The premise is simple; Jo began sharing her walks in words and images, people enjoyed them, and, gradually, the idea was born to turn this into a weekly feature where anyone can share any walk they’ve made.

Because we’re an unschooling family, I’m most often with my children, and so most of my walks include them. They also inspire me to visit places I might be less likely to visit, alone, or just with my Accomplice in Mischief…

Last Friday, we decided to go apple-picking, to see some leaves, collect some treasures, and breathe the fresh early autumn air before it shifts. I’ve already posted and shared some images here; Finding Sweetness; At the Apple Orchard.

I took a lot of pictures, and I want to share as many as I can – so, I’m going to pick up this walk where I left off in previous posts, and carry on from there…

Come join us in the orchards of Saratoga Apple in lovely Schuylerville, NY – won’t you?

This first grouping is of the orchard itself…simple, ripe, fertile, and freely offering its treasures (well, once we paid for the privilege of entering, that is!) 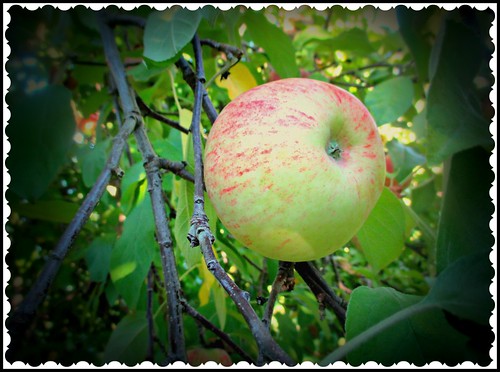 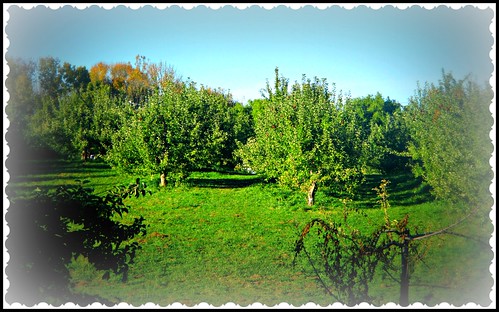 And, of course, the children offered many chances to capture them in the moment – when they were engaged with something else. It’s interesting to look at the pictures, now- because I see the littler kids they used to be, and the adults they are becoming, both held within the people they are, right now. That’s a harvest that doesn’t have anything to do with apples, but which is even more precious, to me. 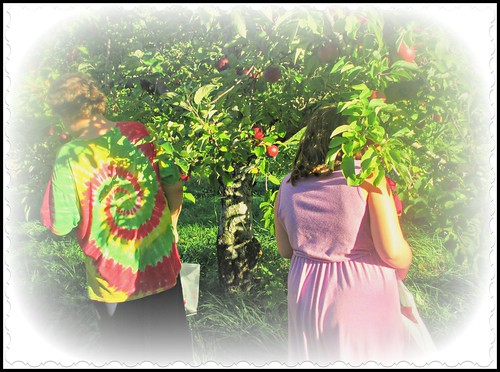 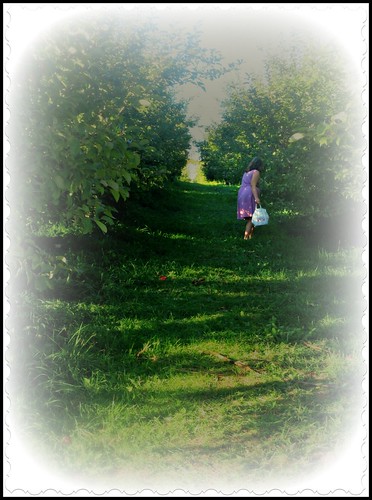 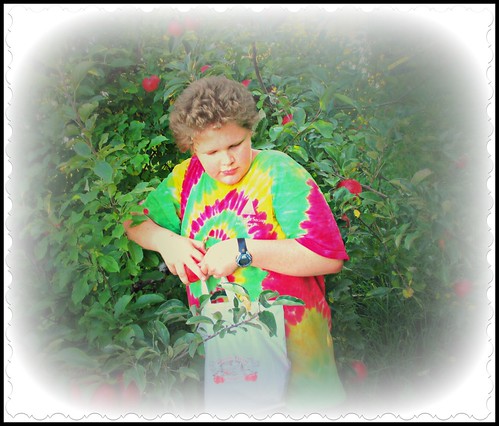 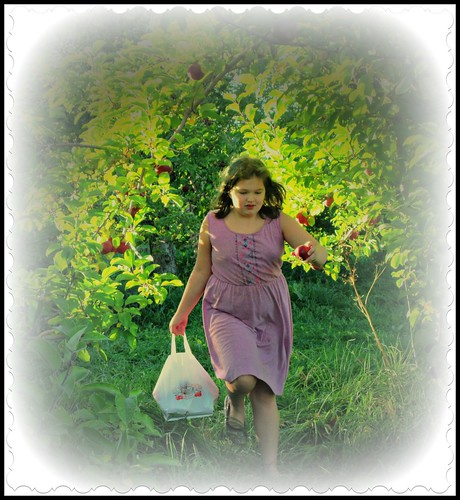 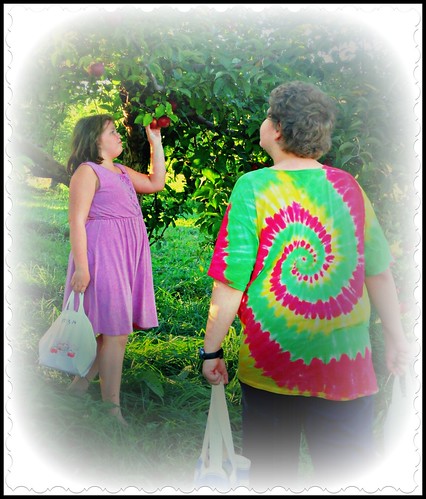 Once we had filled our bags, we took a break, and, naturally, I took more pictures. Here’s two of my previously unshared favorites. 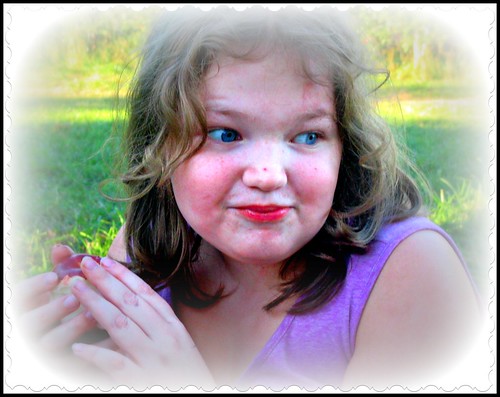 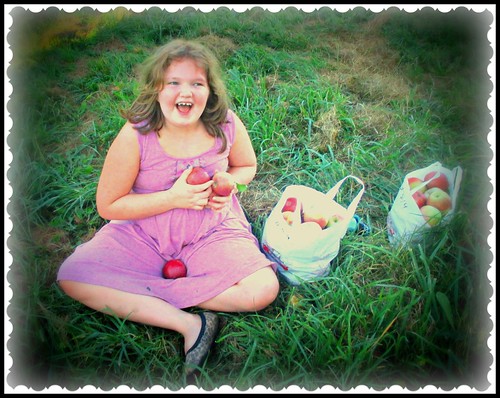 Rested and refreshed by water and fresh-picked apples, we made our wandering way back to the farm stand beneath a sinking sun and a rising half moon. There was time to rest, to take in the scenery, and to play on a pile of wood chips… 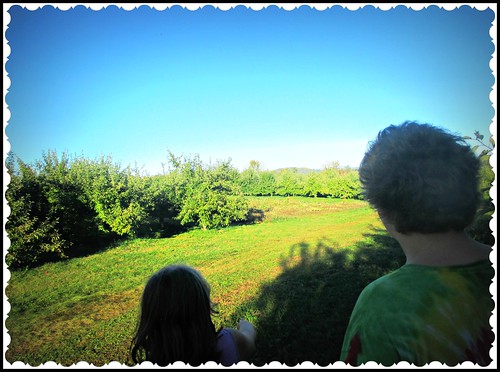 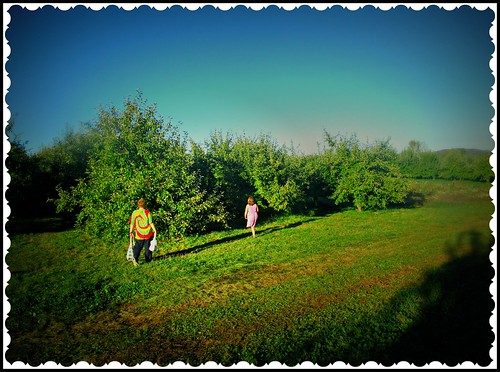 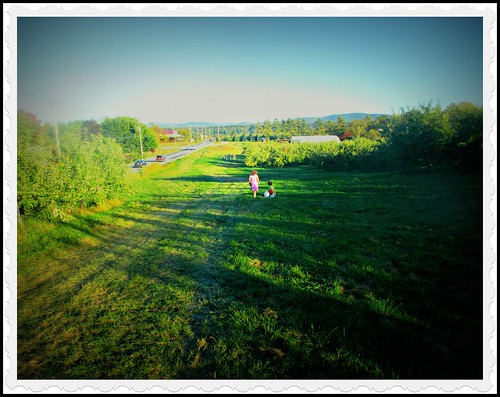 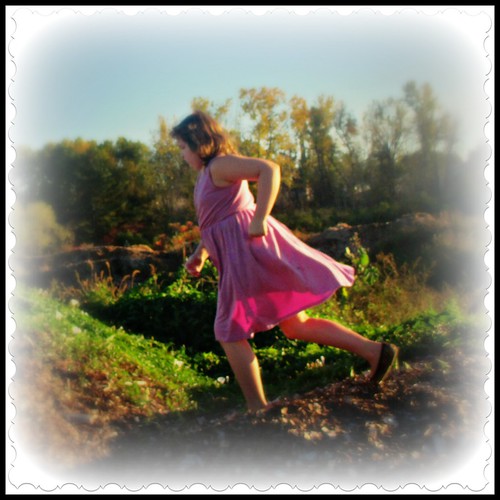 Scenes from the exterior of Saratoga Apple – it’s definitely harvest season, here, in all its beauty and splendor. I could have taken hundreds of pictures here – but I had just a touch of self-restraint… 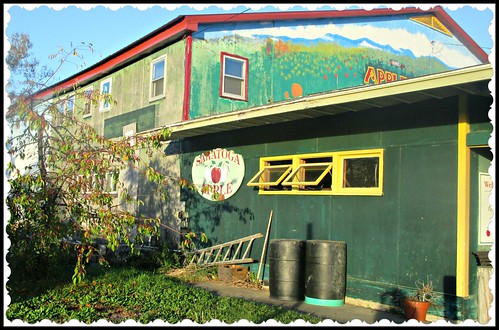 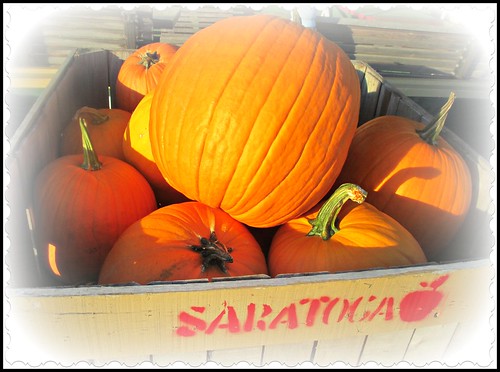 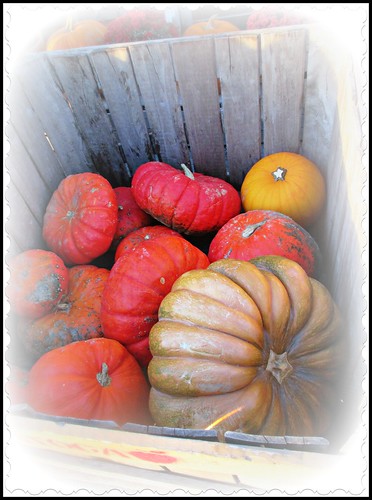 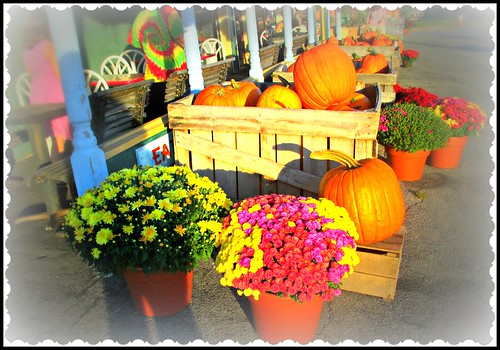 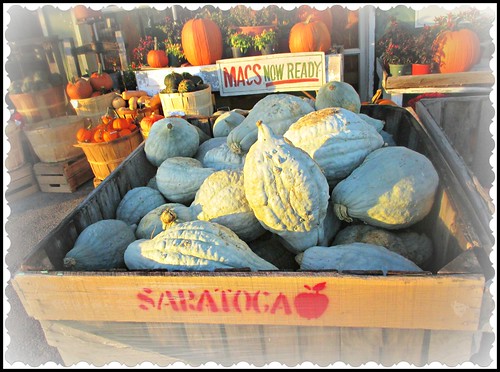 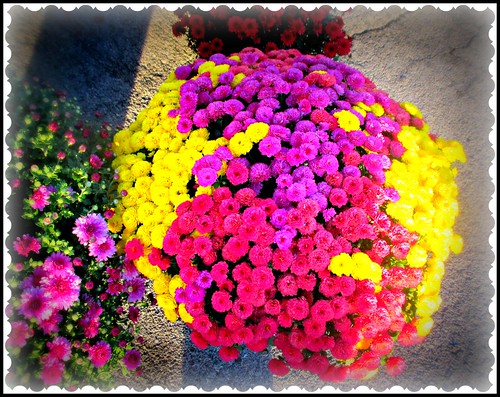 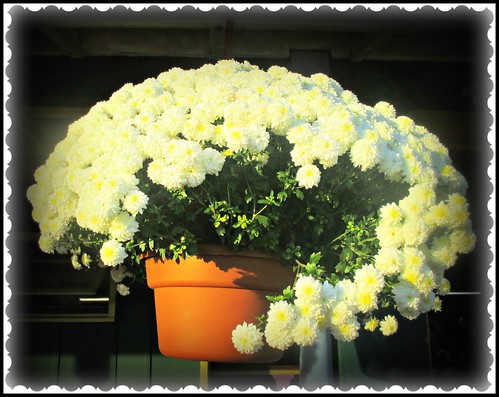 We were a little too busy, once we went inside, to take many pictures- there were cider donuts, fruits, vegetables, and chips to be procured for us all, and a woven African basket for me (something I’ve wanted for years, and plan to use again and again and again and…but this display was simply to good not to share! 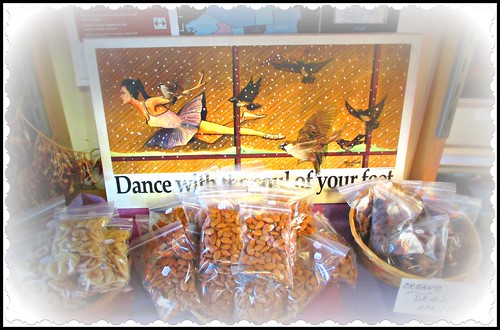 Once my basket was stuffed, and taste buds reveling in those apple cider donuts, we went back outside. Behind every image of beauty is a framework that supports it, and so it is here. That’s certainly a lot of crates – and that was only one of many stacks! 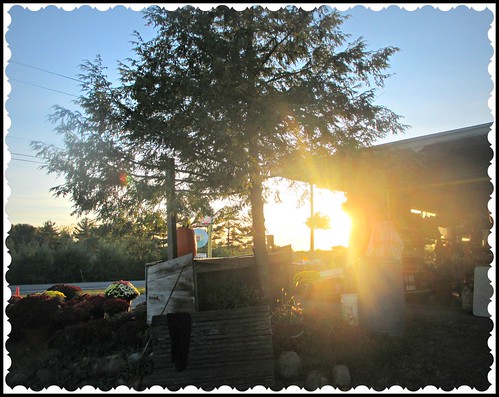 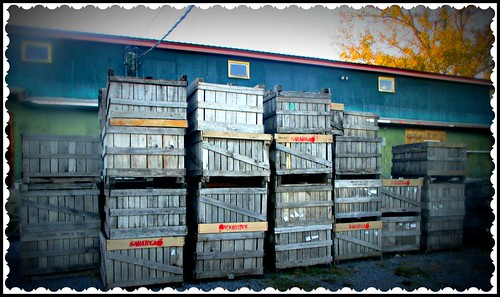 So, there you have it – my very first Jo’s Monday Walk! I hope you enjoyed coming along with us – we’re not orderly or particularly quiet, but we are definitely prone to playfulness and sudden outbursts of heartfelt laughter.

Do you enjoy walking, hiking, or backpacking? Do you have any precious memories of past walks, or images to share? Like to travel through your screen of choice? Drop me a comment in the box below, and feel free to check out other walks, too! 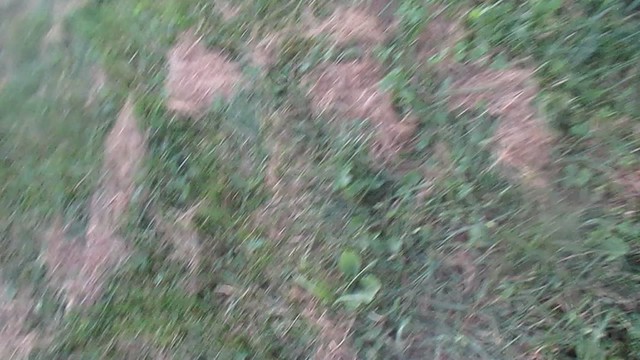