Soooo…read any good books lately? I tend to do most of my book reading in the late fall through early spring months, which means I’m currently gearing up for a surge of word-bliss. And, in that vein, today I’m turning this space over to my fellow WIPpeteer, A.M. Leibowitz, to share her coming attraction with us.

It’s lovely to see you here, A.M.! I’ve saved you the best seat in the midst of my lovely chaos; and I see you’ve got your cuppa in hand, so I’ll sit back and read along.

A. M. Leibowitz is a spouse, parent, feminist, and book-lover falling somewhere on the Geek-Nerd Spectrum. She keeps warm through the long, cold western New York winters by writing romantic plot twists and happy-for-now endings. In between noveling and editing, she blogs coffee-fueled, quirky commentary on faith, culture, writing, and her family.

Lower Education
By A. M. Leibowitz 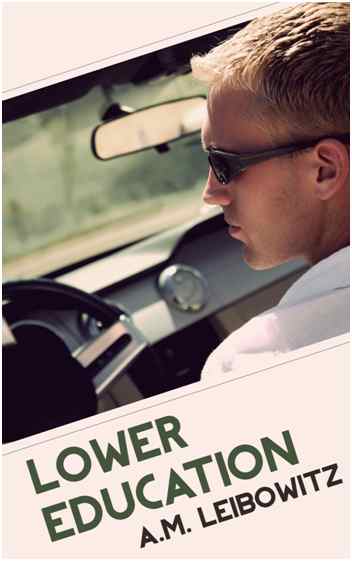 Phin Patterson is an educational consultant dissatisfied with his job and his life. On a mission to complete one last assignment before escaping his unfulfilling career and figure out what he wants, he accepts a commission from Donald Murdock at the New York State Education Department. Suddenly, he finds himself on his way to evaluate a tiny school in New York’s Southern Tier, not far from the town where he grew up. Now his only goal is to get in, do his job, and get out before anyone from his past remembers him.

That turns out to be easier said than done. Dani Sloane, the sharp-witted administrative assistant to the principal, learns the truth about why Phin is really there. With the help of her friends, she sets out to unmask him and force the local board of education to stop the plans that could ruin their school. Discovering that her sometime-lover is an old business associate of Phin’s only complicates both the situation and their relationship.

Meanwhile, Phin, who has committed himself to keeping his emotional distance, can’t resist the charm of the town and its residents—especially the school psychologist, who turns out to be an old friend he hasn’t seen in over twenty years. While Dani works to take him down and save her school, Phin wrestles with learning how to do the right thing, including telling the truth to the man with whom he’s already falling in love. 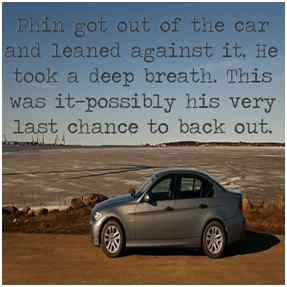 Alex spun around and threw his hands in the air. “Why are you still here? Go find someone else to bother.”

“What if I think the information you have is more valuable?” Phin crossed his arms and tilted his head, jutting out his chin.

“And what if I think you’re wasting your time? I have nothing here that would be of interest to you.”

The corner of Phin’s mouth curled upward. “I would say you’re mistaken. There’s plenty here for me to take interest in.” His gaze traveled downward slowly, making Alex feel exposed. Heat spread across his face, followed by a surge of anger. Placing his hands on the table and leaning toward Phin, Alex replied, “I don’t know what kind of game you’re playing, but it won’t work on me. Is this how you’ve handled your other clients?”

“I have no idea what you’re talking about.”

“All right, you got me.” Phin chuckled softly. He moved in closer and lowered his voice. “I once signed an entire multi-year textbook contract on my appeal alone.” His smile faltered, and he looked away briefly. He snapped his attention back to Alex and narrowed his eyes. “You’re not the most difficult client I’ve ever worked with, though it’s close.”

“I’m not your client. There’s no reason for your behavior.”

Phin licked his lips. “I didn’t make a mistake in the bar the other night.” 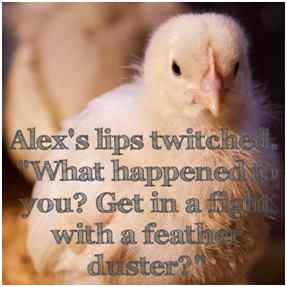 He pulled out his phone and glanced at it. “Listen, I need to go. Dani, what time do you want me to come over to help Jake draw his display board?”

“Is nine okay? We need to be at the school by eleven to set up, and the fair starts at noon.”

“Sure thing.” He grinned at the group. “Good night, ladies. Alex.” Once again, his face colored just a little when his eyes flicked to Alex. With that, he was off.

“You know—the pied piper. He got everyone to follow after him, thinking he was solving the town’s rat problem, only then he stole the children.” She laughed. “I’m just being paranoid. Where are the kids? We should get going—long day tomorrow.” 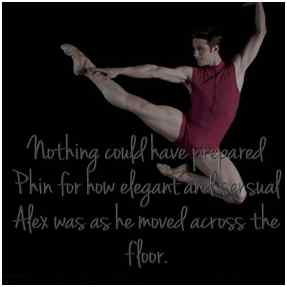 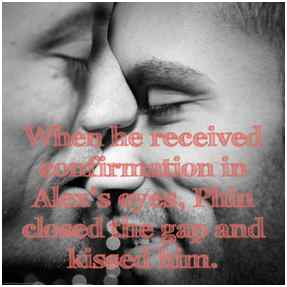 Find me on the Internet: 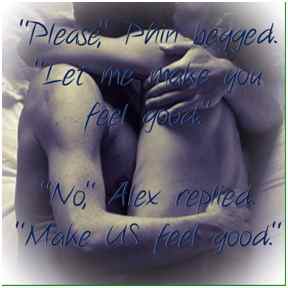 Well, that was quite delicious, A.M – and my coffee’s still steaming! I’m delighted that you stopped by to share, and now I’m even more excited to read the book! =D