Grab a cuppa and a comfy seat, and let’s chat a while.

It’s Monday again! – time not too late! for Coffee and Conversation.

I wanted to know what those lives were, and to share my own…

My husband’s vacation officially started when he arrived home last night. As a chef in an area noted mostly for summer tourism, February brings a major slowdown, so that’s when his vacation falls.

He came home with a toothache, and incubating a virus that’s catching up to him today. Not, for sure, the very best way to start two weeks off….

But it could be much worse.

I’m not just saying that as a way to put a bright face on a less than auspicious beginning to this much-anticipated family time. I’m saying it because I know it’s true; know how very much worse it could be.

Two years ago, on another Sunday night – one that happened to be, all at once, the eve of his vacation, his forty-eighth birthday, and the fifteenth anniversary of the day we met, my husband nearly died.

It had been an extremely mild winter here in upstate New York, and Jim never stopped riding his motorcycle, as he’s usually compelled to before November is out, if not sooner. Now, I have no objection to motorcycles – I was a moving force behind the acquisition of his current bike – but I always worried about him riding the bike home from work.

“It’s only ten miles”, he’d say. “I’ve been riding since I was six years old; I know how to handle the bike, and I know the roads.”

The first three parts of those statements were unassailable; I couldn’t argue with any of them. But that part about the roads…

I grew up on the same road we live on. My family moved here when I was four years old; I lived here until I was nearly 21, and visited after. And I knew things about these roads – especially at night, when chefs are coming home from work – that always made me worry.

Between our rural home, and Jim’s place of business in a neighboring small village lies a National Park. Saratoga National Historical Park, to be specific. A park rife with deer, deer whose natural predators have all been eliminated, and where humans are not allowed to hunt.

“Sometimes you can’t avoid hitting a deer,” I said.

“I’ve never hit one yet,” he countered.

And so I watched him ride off, day after day, and I worried.

Until we came to that pre-vacation Sunday. We’d had a fight, that morning, about I really don’t remember what; but likely something small that was blown far out of proportion. Jim had left early for work, without a word goodbye, without a kiss or a hug, without, seemingly, a thought to me, left at home with the emotional wreckage – mine, and that of two children who were hurt, confused, and frightened – and showed those things in ways that further abraded my already raw edges.

So, when the phone rang a little after nine, just at the time Jim would be getting out of work; I didn’t answer it. I was still angry, and didn’t want to lose my cool again.

And then, too much time went by.

I started to worry; not enough to call him; but enough to make me restless as I finished up my ROW blogpost.

I was still doing that when the dog began to bark frantically, and then there was a knock on the door.

And I was looking at a county sherriff, who told me calmly, “Your husband had had a motorcycle accident. He is all right, ma’am; he’s being airlifted to Albany Medical Center right now.” He went on to say that he had had a collision with a deer, and that he had been thrown about a hundred feet. All he could tell me was that my husband was conscious, but that the paramedics had seen something concerning enough to warrant landing a helicopter on a country road for.

That something turned out to be a collapsed lung, lacerated spleen, eight broken ribs, and a hand injury. He could have died, out there on that road, that night.

And he didn’t. He got well. Yes, he aches more than he used to; but he’s alive, two years later.

We’re watching TV together, intermittently. M*A*S*H; Castle, Antiques Roadshow. Jim went out earlier, for a workout and to buy groeceries…Pax left the Burton larders rather depleted. I’ve been visiting blogs, answering comments, and working through the pre-revision stuff for my novel-in-progress, Chameleon’s Dish.

Both children were up all night, and have been asleep on and off today – growth spurts need lots of food, and lots of sleep.

Life is peaceful here, for the four of us – all here, and all alive.

What were you doing, two years ago? What are you thankful for, today? What brings your to a place of gratitude and quiet peace? I’ll replenish your cuppa and listen, and the hugs are free; let’s converse! =) 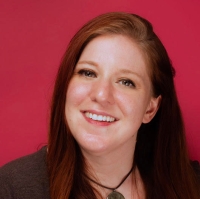