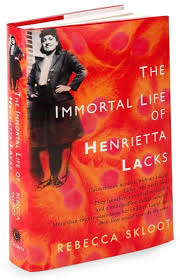 This book was pressed into my hands by my dear friend, Sylvia Woodman, whose bookshelves I love to browse so much that they would be worth the three-hour drive to New Jersey, even if she, her delightfully spirited family, and embracing home were not.

This is not a story for the faint of heart, or those who would rather not notice the wounds and inequalities of America – past, or present.

It is the story of one woman, her family, her cells, the world, and another young woman who must break down walls of racial mistrust in order to tell it…and the changes and connections forged in the process.

I’d never heard of either Henrietta, nor HeLa, the “immortal” part of her, although, like most people in America, my life has been directly affected by it.

HeLa was the name given to the first human cells grown in a laboratory. The cells came from Henrietta Lacks – more specifically, from the malignant cervical tumor that killed her a few months later. 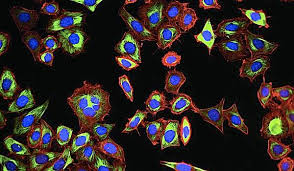 The cells were given to George Gey, at his request, by Howard Jones, Henrietta’s gynecologist at Johns Hopkins. Neither Henrietta nor her husband were told anything of this, and she died in 1951 without knowing that some of her cells would live on well into the next century.

It was the age of segregation, where white patients and black were treated in separate parts of even a hospital as esteemed as Johns Hopkins. There was an air that the charity extended to the poor black population – Henrietta and her husband were poor tobacco farmers- , and maybe the devaluing of these disenfranchised people, granted the hospital the right to conduct experiments upon them, without their consent. 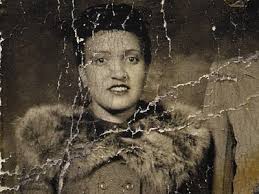 But Henrietta’s life and death are just the beginning of the story. The complexity of it grew as the years passed, becoming as huge as the volume of Henrietta’s cancerous cervical cells, which, at this point, could possibly outweigh 100 Empire State Buildings, at 50 million metric tons...

.An inexhaustible and generous researcher, George Gey gave HeLa samples away, at first carrying them on his person every time he went to visit a colleague who worked with cells, later shipping them, but never charging or keeping records of where he gave them. The HeLa cells were incredibly fertile doubling in volume about every 23 hours, and there were always more to give away. They have been used for purposes as varied as testing polio vaccine, treatment of diseases such as hemophilia, leukemia, influenza,and Parkinson’s, exploring the effects of the atomic bomb, researching in vitro fertilization, and going to space …and no one in Henrietta’s family – not her husband, her siblings, her many close cousins, and not her children – knew anything about it for more than twenty years . 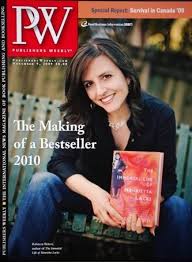 While people were getting rich selling Hela cells, Henrietta Lacks’ family was trapped in the reality of a poor black family in the southern United States. They did not profit from her famous, indispensable cells, taken without permission – and Henrietta herself lay for years in an unmarked grave, because her family could not afford a tombstone.

HeLa cells are remarkably prolific because they are malignant. Cancer is an uncontrolled rampant growth of cells, and the epidermoid carcinoma Henrietta was afflicted with was particularly virulent -so virulent, in fact, that, when combined with other human cells, it takes over. People given inoculations of HeLa cells developed cancerous growths at the site of the infection. Countless important experiments were tainted by contamination. – if HeLa cells get into the air, they will contaminate what they touch.

When the Lacks family finally learned about HeLa, they did not understand how Henrietta’s cells could be alive when she had been dead for so long. It filled them with fear, anger, and bewilderment. The situation was made far worse when Henrietta’s identity became public, and her family began being sought for interviews, for prestige – and by Johns Hopkins, for improperly represented follow-up genetic testing.

People wanted to talk to them, but no one seemed to want to give answers, and their distrust and rage spiraled, causing devastating effects within an already troubled family.

Nine years ago, when our infant son, Elijah, died, we agreed that his heart valves and tissues could be taken and used for research. After reading this book, I am wondering exactly what it was we consented to, in our desire to bring meaning to our baby’s death. We know the heart valves were given to a little girl, and hopefully they will serve her well during a long and joyous life… 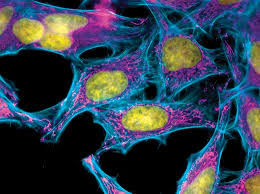 But what of those tissues?

That’s a question I never thought to ask, until I read this book that is at once intimate and universal, and which raises a constellation of questions for which there are no easy answers…

Readability: 5; Very readable.  Almost impossible to set down. The story itself is compelling, the author’s personal commitment to it and  to honoring the Lacks family in the telling makes it gripping.

Thought-provoking/Perception Shifting: 5;  This book changed and deepened my perspective on many levels…ethics, racism, the implications of science, the most basic of rights – the right to one’s own body….I will be pondering these issues for a long time to come.

Credibility: 5; Rebecca Skloot took the time to do her research and to get to know the Lacks family, over a space of years.  She has since created a foundation to honor Henrietta, and to benefit her family.