500 words On….Healing, physically or emotionally, (or both). 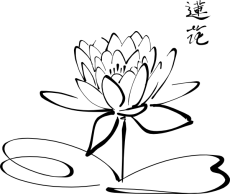 Healing has been a deeply personal experience, and one that has affected everything in my life – and shifted that life at the deepest levels.

There are those who were in my life at the beginnings of my healing, who no longer are.  It was their assertion that my healing has made me someone they no longer like. And that led me to deeper healing, because those who complained most bitterly against the “new me” (as though it is some unspoken but obvious crime to gather in my own life and shape it in a manner more pleasing to me, the one living it) were those who had caused a good deal of the wounding in the first place, in their mission to make me over into something more complacent and convenient, easily defined and manipulated, so that I could be some sort of temporary salve for the wounds they bear.

Once I saw that there were people in my life who tried, always with scorn, sometimes with psuedo-sweetness that never lasted, and sometimes with blatant and blistering hostility, to put me in my place and keep me there, I began to suspect their overtures and their criticisms had a purpose other than my greatest good.

And then I realized that the places these people wanted me to stay in were not places I chose for myself, but ones they had assigned me. Their objections have little, really, to do with me. Beneath the stabs at myself, my family, and our way of life is an anger that I dared to leave those places they had assigned me, to instead choose my own place. While it is uncomfortable to realize that all your interactions with people you once cared for deeply are about the role you play in their lives, and not about person to person relating, it is also liberating.

It allows me to ask myself if I want relationships that are so rigidly defined, and by the other party, that don’t leave me any space or freedom to simply be myself, relating to another self.

I don’t. I’m not a fan of being cast into a role, and certainly not the rigid type that keeps someone else dominant and feeling free to put arbitrary conditions on the relationship, and to demand that I adhere to those conditions….

Moving away from those unhealthy and inequal connections was the beginning of truly healing, and of creating a new self that is more whole and undamaged than the one that went before. It has also made room in my life for real connection, and greater healing.

tiltedhouseorg.wordpress.com/
J-Dubs Grin and Bear Its is